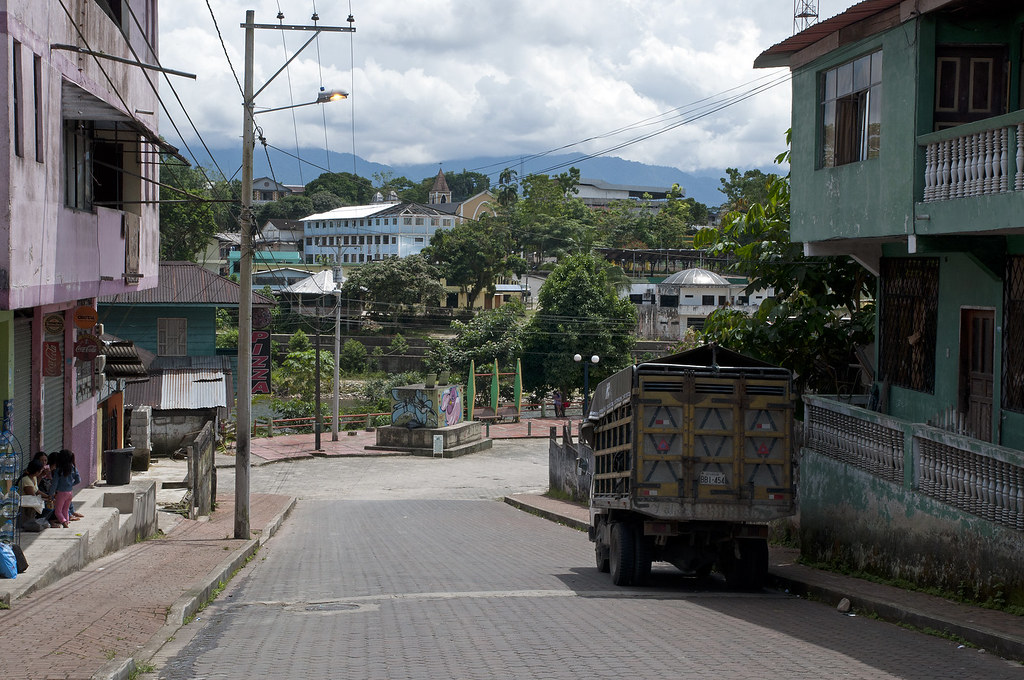 Tena is a quiet little city known as a good gateway for journeys into the Ecuadorian jungle. It is a city that is popular with tourists as it has a reputation of being clean, orderly, and peaceful. It is also popular with backpackers as a starting point for an adventure in the rainforest.

To get to Tena from Quito, the capital city of Ecuador, jungle explorers can travel south along the famous Pan American Highway. Approximately 2 1/2 hours south of Quito is Ambato, the fourth largest city in the country. True tourists may enjoy traveling this route during the day because they may not want to miss an opportunity to see a great number of towering Andes Peaks on either side of the roadway.

The highway runs through a central valley which is situated between the two main ranges of the Ecuadorian Andes. This area is also known as the “Avenue of the Volcanoes,” as it was originally described by Alexander Von Humboldt, a Prussian scientist who studied Ecuador’s volcanoes in the early 1800s. He was reported to be fascinated that the volcanoes in the area seemed to form an avenue through the central valley.

However, if the destination is the rainforest, a determined explorer will have to put their fascination with the mountains on hold. It is wise to leave the volcanoes and the Andes for another day since it will take another 3 – 4 hours to reach Tena. As Ambato is like a central hub for the highways to various regions of Ecuador, travelers must proceed on the road to the east to get to the rainforest.

Originally founded in 1560 by missionary explorers, due to its location, Tena became a trading port within this region. Tena is uniquely located at the edge of the rainforest and the edge of the Andes which can be seen off to the west, beyond the surrounding forested hills. It is also located where the Tena and Panos rivers merge, and where a pristine portion of the rainforest lies 10 to 15 miles to the east.

Tena is now a commercial center of the region and becoming a major tourist center. It is the capital of the Napo Province and is developing a reputation as the whitewater capital of Ecuador. Because of the many rivers surrounding Tena, many facilities for water sports are available, especially whitewater rafting and kayaking tours. The population of Tena is somewhere between 17,000 – 20,000 inhabitants. It boasts of a major regional hospital and has a key bus terminal in the area as well as a small airport for local flights. As the popularity of Tena has increased, the town has become aware of the value of tourism and many tourist related businesses have sprung up.

Tours provide the opportunities for close-up viewing of the wildlife and visiting the indigenous peoples. A good guide or tour operator should be able to provide inexpensive excursions into the nearby rainforests. Pre-arrangements could be made for guides through a tour agency, or a guide should be procured locally. But, there is an abundance of jungle guides or tour operators and most of them are located at the north end of Tena.

As the rainforest adventure develops, it is important to keep in mind that the lands being visited may belong to the indigenous peoples who inhabit the area. It is good to treat the land and the people with respect. With this presence of mind, let the jungle journey begin.