Things to do in Sihanoukville, Cambodia

VISIT ALL OVER THE WORLD > Asia > Cambodia > Things to do in Sihanoukville, Cambodia 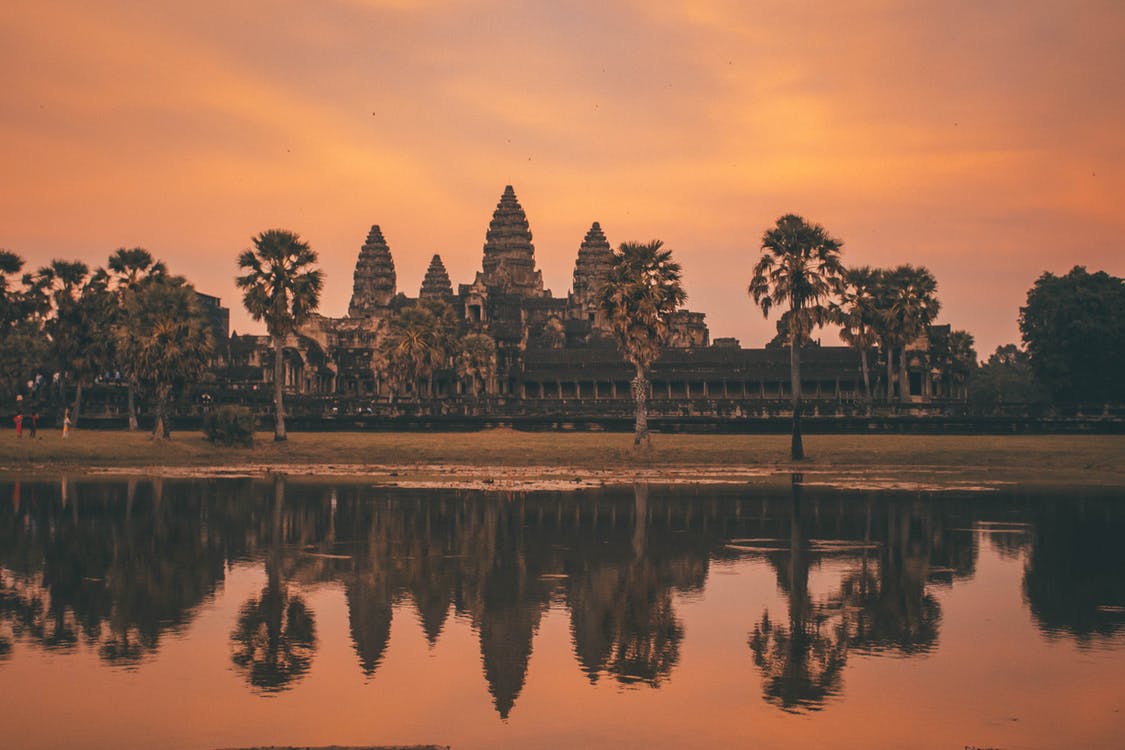 Sihanoukville is a relatively small city on Cambodia’s south coast. It was just a small town until the 1950s when it was developed as it was the home of Cambodia’s only deep-water port. The area became very popular with tourists throughout the 1960s, drawing people with it’s four sandy white beaches and laid-back atmosphere. When civil war broke out and the Khmer Rouge took over, Cambodia was shut off to the wider world. However, in more recent years, the city has become a major stop-off for tourists exploring their way through Cambodia.

While the major attraction is the beachfront atmosphere, laid-back vibe and incredibly cheap pricing for everything, there are still many other things to do in Sihanoukville.

There are four beaches within Sihanoukville. The most popular, and well-known beach used to be victory beach. While this was one of the best beaches a while ago, development has ruined it a bit, and it’s definitely not the nicest beach around. There are however a few good places to eat and drink along here, with beers going for US50c, and meals costing around US$2-4. The southern section of this beach is also known as Hawaii beach.

The most happening beach right now is Occheuteal beach. A certain section of this beach is known as serendipity beach, and around this area, there are some of the city’s best restaurants and bars. Along this beach is also the most popular location in Sihanoukville for water sports. You can go para-sailing, ride a jet ski or hire a banana boat. Prices vary, but generally, they’re cheaper than most other places in south-east Asia.

Otres beach is about a 20-minute walk along the ocean from Occheuteal beach. While much of Sihanoukville has been very developed, Otres is still very quiet and relaxing. There are not many tourists here at all, and depending on the season you’re likely to get a nice stretch of sand for your very own enjoyment. Although it is much quieter, there are still a few scattered restaurants around for when you get a bit peckish, and you are able to hire kayaks or do some of the other water sports found on the busier beaches.

Independence beach lies between Occheuteal and victory beach. It was named after the hotel that has been standing here since the 1960s. While it’s a fairly nice beach, it lacks the restaurants and bars of some of the other beaches. Unfortunately, much of the beach is closed for “renovations”. Some of it has been sold to a private owner and is now being developed into a resort.

There are many islands scattered around off the coast of Sihanoukville. These are largely untouched by the commercialization that tourists have brought to the area, and make for some relaxing and enjoyable afternoons away from the hustle and bustle of the main town.

There are also some great opportunities for snorkeling and also scuba diving. Koh Tang and Koh Prins are popular places for diving but require an overnight trip. There are a lot of closer islands that are a bit easier to get to, it’s not fun being on a boat that size for a long time. Koh Khteah is not far off Otres beach and has some great coral to see when snorkeling. If you snorkel there, you may want to pack something to wear on your feet in the water. There are countless sea urchins on the bottom, with ridiculously long spikes!

Many of the day trips out to the islands also include lunch in the price.

Another benefit of visiting these islands is that you won’t get anyone bothering you. Along the main beaches of Sihanoukville, it can get quite frustrating at times when someone comes up to you every couple of minutes touting something.

There is some great nightlife, particularly around Serendipity beach, and the main roads around that area. There are many pubs and bars with live music, clubs with dance music, and karaoke. There is something for most people to be found, and there is a great atmosphere.

Just off victory beach, there is the Bungalow Village open-air cinema. This is open three nights a week and has three levels of decking with tables and cushions to keep you comfortable. They usually open with a video of a live concert at around 6:30 pm, then a feature movie at 8:00 pm. The movies seem to be bootlegged, but they’re still good quality. They also serve food and drinks at a reasonable price, so it’s a great way to spend a relaxing evening if you had a big night out the day before, and haven’t quite recovered yet!

Located around 18km from Sihanoukville, Most hotels/guest houses charge US$15-20 for a day tour to the national park. This includes the pick-up, breakfast, a boat ride, lunch, and some various other activities, then drop-off back to your hotel at around 4 pm.

If you don’t feel like taking an organized tour, it’s easy enough to get a transport there yourself. You can hire a ranger to come trekking with you for US$2 an hour. It may be beneficial to have one with you, as the park is home to a lot of wildlife, including poisonous snakes.

There is a lot to see in the park, with mangrove forests, pristine beaches and waterfalls. The park was founded in 1993 and has been kept in immaculate condition. It’s definitely worth spending a day here to check out a real, untouched Cambodian landscape.

There are also a couple of guest-houses now open in Ream, which usually set you back about US$5 a night.

Steung Hauv is a small fishing village, around an hour’s drive from Sihanoukville. There are almost no menus with English writing and no guest-houses, and it provides a real look into traditional Cambodian life. As it’s a village, you can try some amazing fresh seafood. There are some street-side vendors that also sell some great fresh seafood. The restaurants don’t sell any international food, but that’s not really what you go there for. You can head down to the dock and observe the local fishermen at work.

As there are no lights along the roads, you’ll have to head back to Sihanoukville before sunset.